About UsHistoriesThe start of the BEST 2D and 3D tower simulator 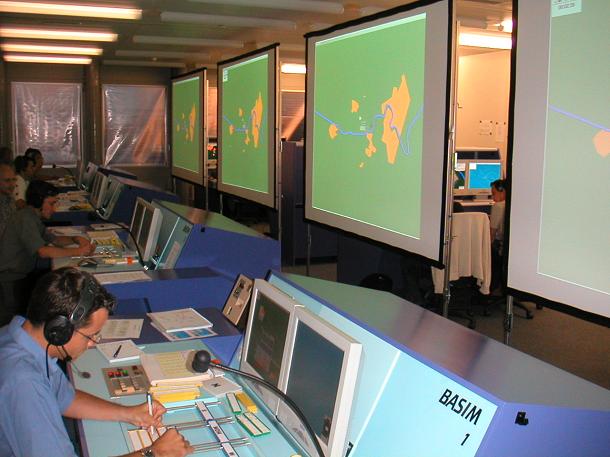 Following the ATSIM project, swisscontrol (now skyguide) wanted to extend their training to cover tower control, leading Micro Nav to develop a tower control simulator with a ‘God’s eye view’ of the airport and its surround.
skyguide referred to these simulators as BASIM, which were capable of both tower and radar training, pioneering 2D displays for tower training.

Later, they wanted to add a 3D, out-of-the-window view, contracting Micro Nav to create the interface to drive a third-party image generator. Although Micro Nav had delivered 3D systems with FIRST in partnership with Hughes, this project was the beginning of Micro Nav becoming a world leader in 3D ATC tower simulation in its own right.