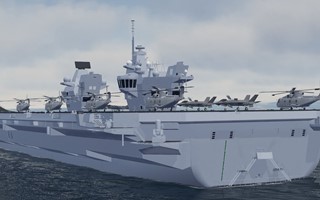 Micro Nav is proud to have been nominated for this year’s Jane’s ATC Awards, which celebrate improvements in ATC and airspace management. Micro Nav has been nominated in the category for Technology, which was announced by Jane’s Airport Review last week.

BEST, Beginning to End for Simulation and Training, is a single-solution product, providing the user with a customisable, scalable and flexible solution for all their simulation needs.